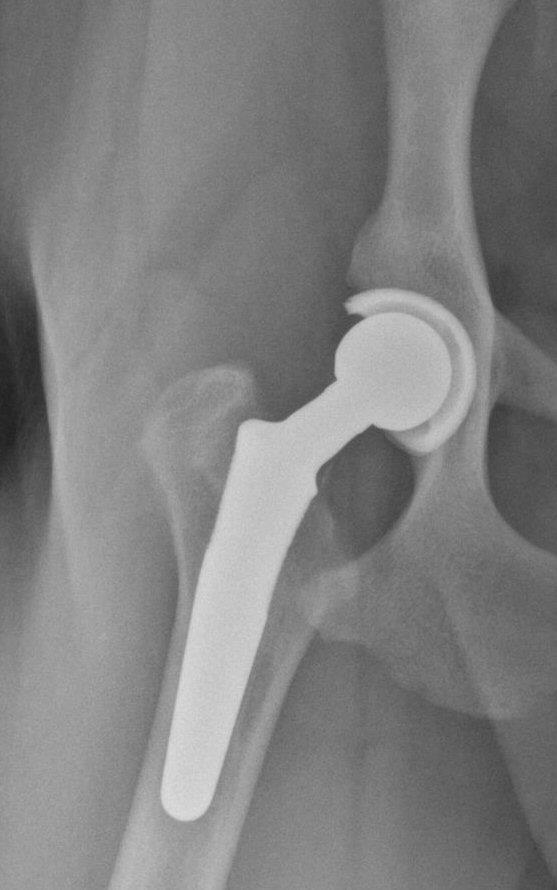 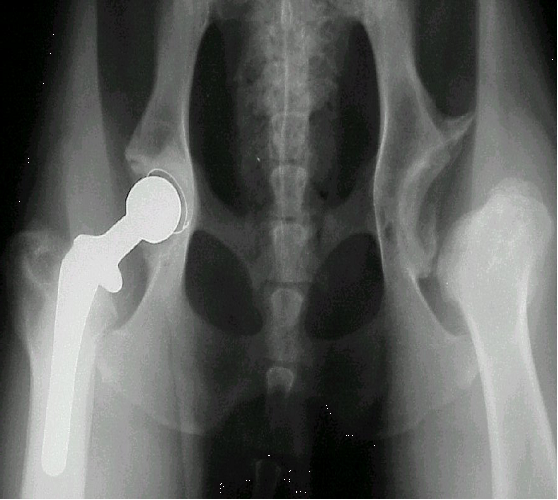 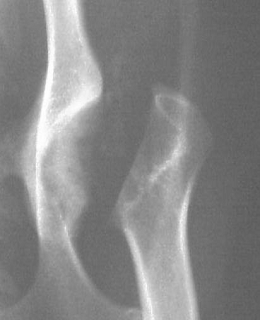 With current technology, prosthesis implants, instrumentation, and expertise, it is expected that over 95% of dogs with total hip replacements can resume a pain-free active life without complications for the rest of their life. Total hip replacement should be offered as the primary recommendation over FHO with only very rare exceptions. To help make decisions, THR results must be compared to published reports of the femoral head ostectomy (FHO) option. The following is available information about FHO in the veterinary literature.

Off and Matis published the only reference that could be found that based results on objective data. 132 dogs and 51 cats were examined using computerized gait analysis, kinematic measurements, radiographs, limb measurements, orthopedic examination, and owner questionnaire. They concluded that functional results were rated at good in 38% of the animals, satisfactory in 20%, and poor in 42%. Functional deficits in small, as well as large breed dogs, resulted from the FHO procedure.

Brinker states that an FHO is a nonreversible salvage procedure that is used to improve quality of life but it does not maintain biomechanical function. There is a tendency of overuse the procedure for conditions that might be repairable or could be resolved with a THR. The FHO is suitable if it is acceptable to have compromised hip joint integrity, and if lack of total pain relief is acceptable. The text continues stating that active use of the limb may take over 1 month and rehabilitation time of 6 months or more are not uncommon.

Duff reported shortened limbs, restricted hip movement, and multiple other problems in a study of 267 FHO surgery patients. Muscle atrophy was a frequent finding by dog owners. This atrophy can only indicate diminished limb function. Another common finding was difficulty jumping and climbing stairs. 20% of the dogs had hip pain when examined and the high incidence of pain was present during the first year after surgery. 40% of the dogs had secondary knee problems.  50% of the dogs had reduced hip extension and crepitation in the joint. All small breed dogs had limb shortening and patella instability was present 18% of the time. 50% of the dogs were walking “well” in 8-10 weeks and only 75% were running in 4-5 months. 70% had limb shortening.

Gendreau reported on 35 FHO operations. Only 37.1% of the dogs had “Excellent” function, which was defined as no disability and inability to tell which limb had surgery. 25.7% had “Good” function (slight gait abnormality that may occasionally be more severe), 25.7% had “Fair” function (noticeable lameness or carrying the leg in adverse weather conditions or when running), and 11.4% had “Poor” function (severe gait impediment and carrying the leg most of the time). The conclusion was that the FHO does not return function to the operated limb.

Vasseur states in his publication that in mature dogs with severe degenerative joint disease involving the hip joints, total hip replacement restores hip function more consistently, and much more rapidly, than FHO. Also, complications with FHO include shortening of the operated limb, with prominence of the greater trochanter, decreased range of motion in the pseudoarthrosis as compared to the normal hip, muscle atrophy, and impaired function. In addition, hunting dogs or dogs expected to perform other challenging physical tasks should not anticipate a complete return to normal function. Vasseur also states that it may take as long as 6 to 12 months for the animal to achieve an optimal result after FHO, and only fair function.

Grisneaux obtained objective data on limb function after FHO with and without the use of postoperative anti-inflammatory medication. The results show that operated dogs had significantly lower peak vertical, peak propulsive, and impulse propulsive forces on the limb and lower angles of hip joint abduction and extension than did normal dogs. Most of the limbs treated by FHO were unable to regain normal function and muscle mass even many years after surgery. A conclusion states that active physical therapy may be a life-long necessity of dogs undergoing FHO. The hypothesis of the study was that promotion of active physical therapy during the first postoperative weeks combined with administration of an NSAID would minimize the reduction of mobility and, therefore, result in treated dogs having greater impulse propulsive forces and hip joint abduction and extension angles than dogs receiving a placebo. The hypothesis could not be demonstrated.

Off W and Matis U: Excision arthroplasty of the hip joint in dogs and cats. Veterinary and Comparative Orthopaedics and Traumatology. Vol5:, p297-305, 2010